Division of Enrollment Management at UW-Madison

The Division of Enrollment Management at the University of Wisconsin-Madison seeks to strategically strengthen the competitiveness of UW-Madison in achieving enrollment goals and to collaborate with campus partners to provide information and services to enhance student success.

Join the Division of Enrollment Management

All Division of Enrollment Management job opportunities are available through Jobs at UW-Madison. We regularly have job opportunities available throughout the year across all offices within the Division. If you have any questions about a particular job, recruitment process, or benefits, don’t hesitate to reach out to either Ann Bradshaw (ann.bradshaw@wisc.edu) or Paula Gates (paula.gates@wisc.edu) of our Divisional human resources team.

This is an accordion element with a series of buttons that open and close related content panels.

The University of Wisconsin-Madison is one of the premier public universities and research institutions in the United States. Created at the same time Wisconsin achieved statehood in 1848, the university became the state’s land grant university. It continues to be Wisconsin’s flagship teaching and research university with a statewide, national, and international mission offering programs at undergraduate, graduate, and professional levels in a wide range of fields, while engaging in extensive scholarly research, continuing adult education, and public serve.

With a $3.4 billion budget, UW-Madison educates more than 47,000 students and employs some 24,000 faculty and staff. Composed of 13 schools and colleges, the university offers nearly 300 undergraduate majors and certificates as well as more than 250 master’s, doctoral, and professional programs. UW-Madison’s research enterprise is one of the most robust in the nation, ranking among the top 10 universities in expenditures. UW-Madison is guided by the Wisconsin Idea, a century-old principle and public-service charge that the university should improve people’s lives beyond the classroom.

The contemporary campus is considered to be among the most archaeologically rich campuses in the United States today, in part due to Teejop being located in a cultural center of the mound building peoples who created massive monumental art burial sites that circumscribed each of the Four Lakes. In Dane County, conical mound (hemispherical) and linear mound (wall-like) burial sites were first created some 2,500 years ago, with effigy mound burial sites (representation figures) first created some 1,500 years ago. There were more than 1,200 burial sites known as conical, linear, and effigy mounds in Teejop, and there were more than 20,000 conical, linear, and effigy mounds located in what now comprises 41 of the 72 counties in Wisconsin. Today, there are 34 extant mound sites on campus.

UW–Madison acknowledges the First Nations People of Wisconsin, who are the original inhabitants of the state, and respect their inherent sovereignty. The land that UW–Madison lies upon is ancestral Ho-Chunk homelands, and UW–Madison acknowledges the Ho-Chunk as the stewards of the land for thousands of years. UW–Madison respects the sacredness of these lands and is thankful to be able to provide educational opportunities in such prominent, historic, and meaningful landscapes.

Most positions in the Division of Enrollment Management include a competitive benefits package including enrollment in the Wisconsin Retirement System (WRS), multiple options to choose a health and dental insurance plan that’s right for you and your family, and ample time off. Read the links below for more information about UW benefits and policies.

An Office Culture of Equity, Excellence, and Professional Development

In concert with the goals of UW-Madison, the Division of Enrollment Management (DEM) is committed to creating a more diverse and inclusive environment for team members as well as the campus as a whole. As such, DEM should not only be a place that “has” diversity – it should be a model of a truly inclusive environment where all team members feel that they can bring all of who they are as a meaningful, valued, and respected contributor to our individual and collective work. We seek to build up an ecosystem of inclusive policies, practices, and people that is worthy of the students and communities we serve.

To facilitate this, 5% of each team member’s job description is dedicated to participation in divisional diversity and inclusion plans and to helping our Division be a leader on campus in this area. We encourage our teams to attend trainings and experiences that will support their growth individually and make our Division and our campus a better place to work.

DEM has a number of opportunities to be involved and connect with colleagues from across each of our offices within the Division. Below are just a few examples of ways you could be involved:

DEM seeks to provide regular opportunities to engage your professional development through regular workshop offerings and guest speakers. DEM also is a proponent of ensuring access to professional opportunities across campus, within the state, across the country, and even internationally.

In addition to countless involvement opportunities at DEM, our larger campus community also has a number of opportunities to get involved and make UW-Madison a better place to work and attain a degree. Below are a few ways we’re doing that, and each of these is open to all DEM employees. We encourage our team members to represent DEM in these spaces.

DEM seeks to ensure team members across all backgrounds, identities, and experiences have an opportunity to find a community and sense of belonging within the Division, at UW-Madison, and throughout the local community. Below are a few identity-based resources, supports, and community spaces:

Things to do in Madison

More Things To Do in Madison

With a population of more than 260,000, Madison is Wisconsin’s state capital and the hub of a large metropolitan area. UW–Madison and the city of Madison seamlessly blend together, creating opportunities and an atmosphere unlike any other campus. 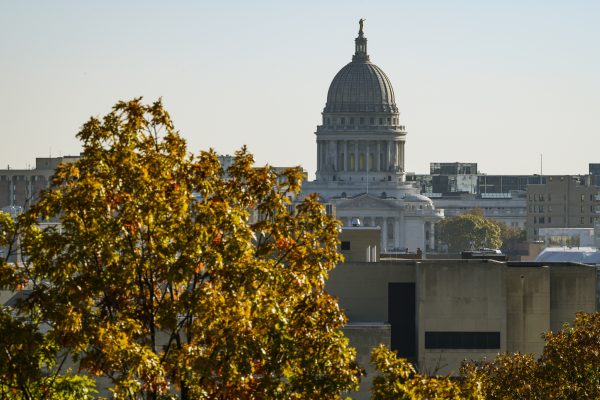 With research expenditures of $1.3 billion annually, UW-Madison is consistently one of the highest ranked research universities in the nation. 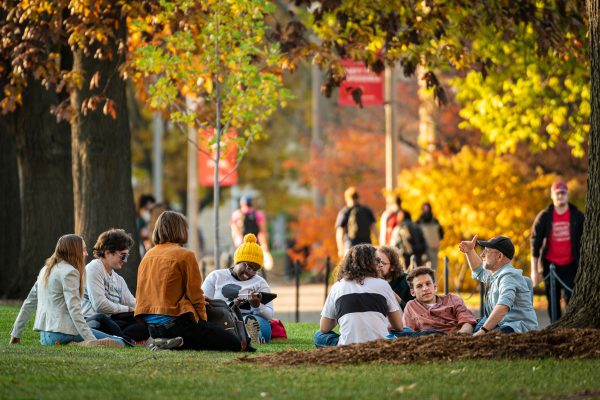 About the Division of Enrollment Management 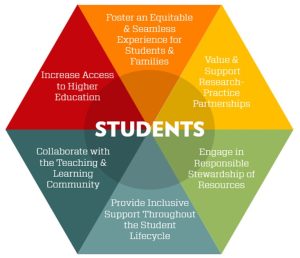 Learn more about the Division of Enrollment Management

The Division of Enrollment Management (DEM) believes strongly in keeping the student at the center of all we do. Our Forward Focus defines key strategic priorities that each Office across the Division is critical in successfully executing to directly benefit all that we serve.

The Division is comprised of a dedicated team of over 400 employees and includes the Office of Admissions and Recruitment, the Office of Student Financial Aid, the Student Success Through Applied Research (SSTAR) Lab, and the Office of the Registrar.

The Office of Admissions & Recruitment

The Office of Admissions & Recruitment seeks to be innovative leaders who center educational access and support for scholars of diverse backgrounds and lived experiences who will embody the Wisconsin Idea, enhance our dynamic learning community, and empower positive change.

The Office of Student Financial Aid

The Office of Student Financial Aid seeks to support students using financial and other resources in accessing higher education while upholding the values and goals of UW-Madison.

The SSTAR Lab seeks to conduct original research and evaluation on issues related to college opportunity and student success by prioritizing the practical side of research and promoting ongoing improvement to better support current and future students.

The Office of the Registrar

The Office of the Registrar seeks to collaborate and engage with the campus community to ensure the needs of faculty, staff, and students are effectively and efficiently met through the continuous support to the teaching and learning mission of UW-Madison and embracing the Wisconsin Idea.

Office of the Registrar

Connect with the Division of Enrollment Management

Get connected with a DEM Ambassador to learn more about what it’s like to work with the Division of Enrollment Management, for UW-Madison, and live within Madison and the state of Wisconsin. Our DEM Ambassador’s are dedicated team members across each of our offices who are ready to answer questions and share their own lived experiences working with the Division. We encourage you to consider connecting with any of our Ambassadors via email. 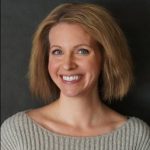 Rachel is a first-generation UW-Madison graduate (Journalism School for the win!) from small town southern Wisconsin. She’s lived in Madison for almost 20 years, spending much of that time planning community festivals, events, and weddings. In her current role she plans admitted and prospective student events. Rachel would love to connect any time to discuss her experiences both as a professional at UW-Madison and a tenured City of Madison resident who has some (strong) opinions about the best things to eat, see, and experience in Madison and the surrounding areas! 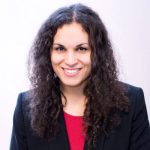 Lo identifies as biracial, a mother and spouse, outgoing, friendly, athletic, a scholar-practitioner, and is currently working on her doctorate. She is a fierce advocate seeking to dismantle systems of inequality and ensure all people of marginalized identities know the value they contribute daily. She would be happy to chat about her own experiences including opportunities to grow professionally and personally. 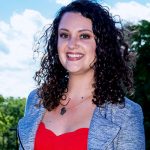 Office of the Registrar, Residence Specialist

Jackie is a proud first-generation college graduate and UW-Madison alumna from rural northern Wisconsin. She started her journey in Enrollment Management as a student employee in Financial Aid. She now holds an MA in Educational Administration and would like to connect to share more of her journey into enrollment management, at UW-Madison, and passion for college access and success. 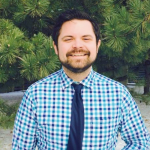 Office of the Registrar, Associate Registrar for Academic Services

Will is the first in his family to earn a college degree and has both his Bachelor’s and Master’s degrees from W-Madison. Will has a variety of experiences at UW-Madison both in the RO a well as as an advisor, curricular representative and instructor. Will is always eager to travel, play board games, and spend time outside with friends. 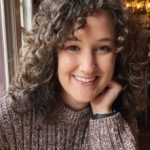 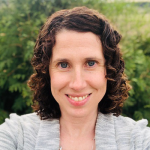 Leslie has worked with the RO for over 10 years and loves the people she works with. In addition to the people, she also loves that she gets to work on so many interesting projects that are core to the UW’s mission including commencement, grading, enrollment, and transcripts.

The Division of Enrollment Management is proud to employ more than 100 undergraduate, graduate, and professional student employees in a variety of areas. Students are at the heart of what we do. If you are a student looking to work with us, log into the Student Jobs Portal to see the latest availability. Work study positions are also available.